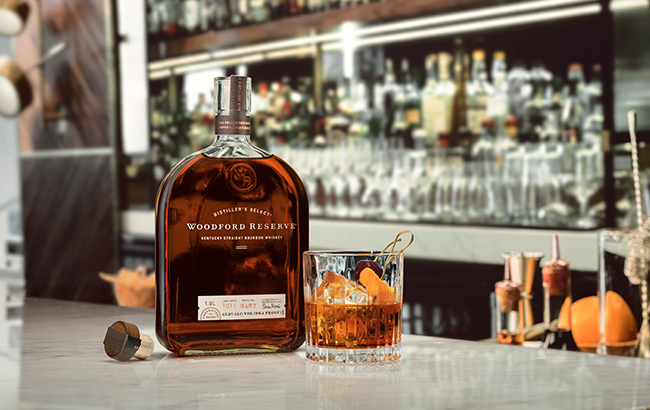 Woodford Reserve owner Brown-Forman posted a double-digit increase for the first quarter of fiscal 2023, powered by its portfolio of premium bourbons.

Lawson Whiting, chairman and chief executive of Brown-Forman, said the first-quarter results built on the company’s “outstanding” performance in fiscal 2022, when net sales increased by 17%.

“Brown-Forman is off to a great start for fiscal 2023,” Whiting said. “Our strong strategic position, premium portfolio, continued innovation and investment in our brands once again drove double-digit revenue growth.”

The Jack Daniel’s family of brands grew by 19%, driven by the flagship expression Jack Daniel’s. The portfolio was boosted by “strong demand” and rising prices in emerging markets, developed global markets and travel retail.

Herradura Tequila fell 5% after recording “significant” growth in the same period last year in the United States. It was also affected by supply chain challenges.

The company’s “developed international” markets grew 19%, with volume gains from Jack Daniel’s core bottling and its RTDs, and growth in Australia, Germany and Spain.

Emerging markets were up 24%, driven by Jack Daniel’s in Sub-Saharan Africa, Brazil and Chile, and New Mix in Mexico.

The company grew its advertising spend by 28% organically, with increased pressure in the US to support Jack Daniel’s, Herradura, the launch of the Jack Daniel’s Bonded series and Woodford Reserve.

The removal of EU and UK tariffs on US whiskey, as well as the effect of inflation, are expected to slightly increase the company’s margins, the company said.

Whiting added: “While uncertainty persists in the market, I remain optimistic we can build on this momentum and achieve our short and long-term growth ambitions.”