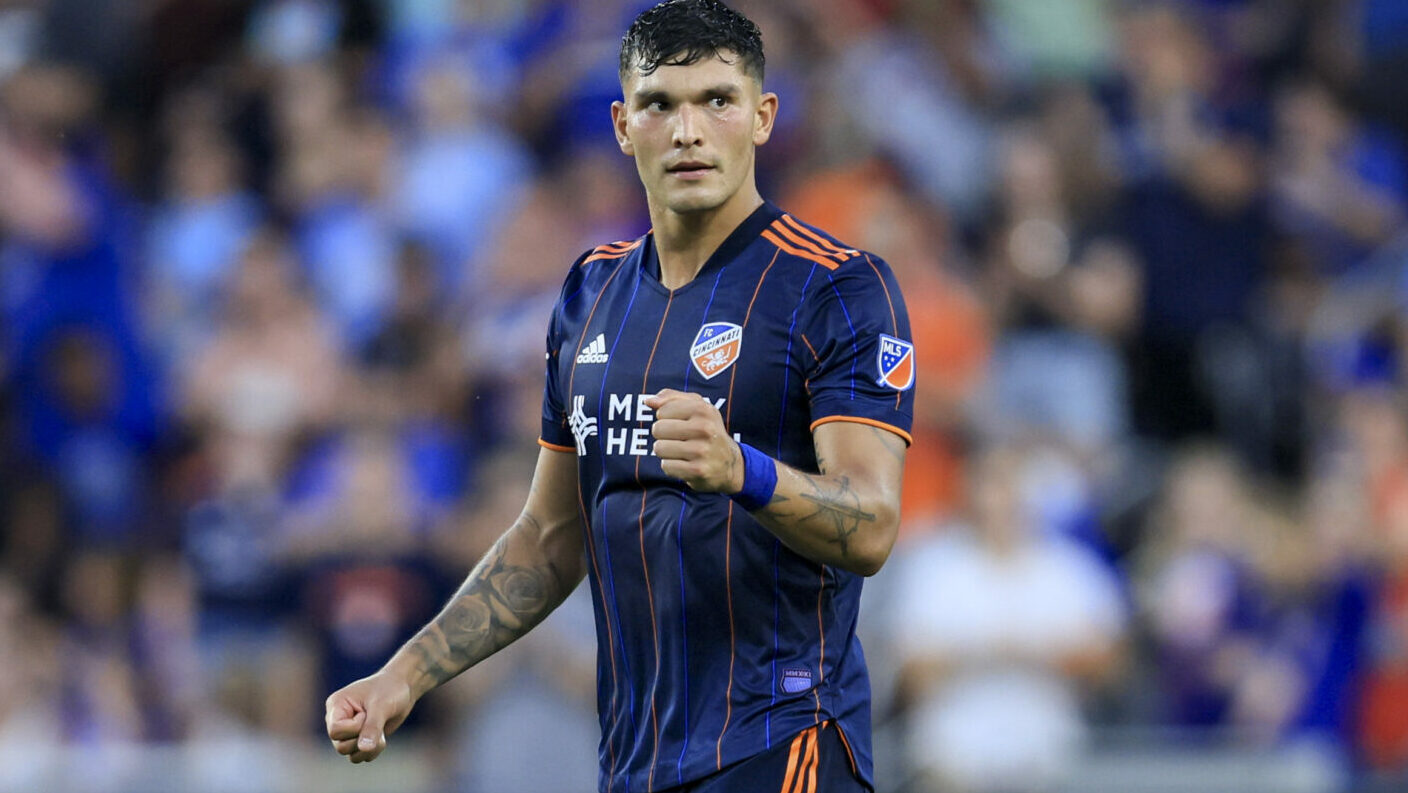 Brandon Vazquez has excelled as one of MLS’ best forwards this season and FC Cincinnati rewarded him with a long-term contract extension on Thursday.

Vazquez has been signed until the 2025 season, with an option for 2026, the club announced on Thursday. The 23-year-old is currently in his third season with FC Cincy, having scored a career-high 21 goals for the Eastern Conference club. A total of 15 goals have been scored by Vazquez so far in 2022.

“We are thrilled to keep Brandon with FC Cincinnati for years to come,” FC Cincinnati General Manager Chris Albright said. “Re-signing Brandon was a major priority for us this summer as he has proven he can be one of the best forwards in the league. He has been integral to our success this season through his character and dedication to the game, and we are delighted to have him as a fundamental part going forward.

Vazquez was originally acquired by FC Cincinnati in November 2019 in a trade with Nashville SC following the 2019 MLS expansion draft. In three seasons with Atlanta United, Vazquez made a total of 32 appearances, including seven starts, scoring three goals and adding two assists.

He is currently third in the MLS Golden Boot race this season.

Here’s a rundown of all of Thursday’s MLS news:

Mamadou Fall has been on La Liga club Villarreal’s radar for the past few weeks and the young defender will now travel to Spain for the next 10 months.

Fall has been loaned by LAFC to Villarreal until June 2023, LAFC announced on Thursday. LAFC reserves the right to call the 19-year-old defender, should the Western Conference club decide to do so.

Fall has totaled 35 regular season appearances for LAFC since signing with the club in 2021 from the Soccer Institute of Montverde Academy in Orlando, Florida. Giorgio Chiellini’s arrival in Steve Cherundolo’s side, however, has pushed Fall further down the pecking order this season.

“This is an exciting opportunity for Mamadou, and we believe she was right at this point in her career,” LAFC co-chairman and general manager John Thorrington said in a statement. “He is an incredible prospect with great potential who now has the chance to develop further at a top European club. We will be following his progress closely and wish him all the best with Villarreal.

Fall is the second LAFC player to leave the club in as many days, joining Brian Rodriguez on the departure list.

Charlotte FC signed two of their key players to new contracts on Thursday, keeping Andre Shinyashiki and Brandt Bronico for the long term.

Shinyashiki was acquired from the Colorado Rapids in May and has scored five league goals for the Eastern Conference club. He’s second on the team in goals this season.

“We are delighted to sign Andre on a new long-term contract, and we are delighted with his performance for the club so far this season,” sporting director Zoran Krneta said. “We are proud to establish ourselves as a club where talented young players like André want to spend the early parts of their career. André’s passion and fire on the pitch endeared themselves to our fans from day one and he will be an integral part of our plan as we continue to build a competitive club for the seasons to come.

Bronico is second in minutes played for Charlotte FC, tallying 2,344 minutes in 28 league appearances so far. He has scored one goal and added three assists this season.

“I am extremely happy to sign an extension with Charlotte FC and am grateful for the trust and belief the club has placed in me. I look forward to being part of the journey as we grow over the next few years. “Most importantly, I can’t wait to bring an MLS Cup back to Charlotte and celebrate with our amazing fans.”

Matt Polster was also the beneficiary of a new contract on Thursday, signing a two-year extension with the New England Revolution.

Polster’s contract will run through the 2024 MLS season and will include an additional one-year option for 2025. He is currently in his seventh MLS season and third with the Revolution, tallying 66 appearances, four goals and four assists decisive for the Eastern Conference club. .

“We are delighted to have re-signed Matt Polster with the Revolution,” said sporting director and head coach Bruce Arena. “He has been a great contributor both on and off the pitch, and we look forward to his continued contributions to our team for many years to come.”

Polster has totaled 148 league appearances and nearly 11,000 minutes played in MLS. He also made 10 Scottish Premiership appearances with Rangers FC and earned a cap with the United States men’s national team.

The Revolution sits just outside of the final Eastern Conference playoff spot.