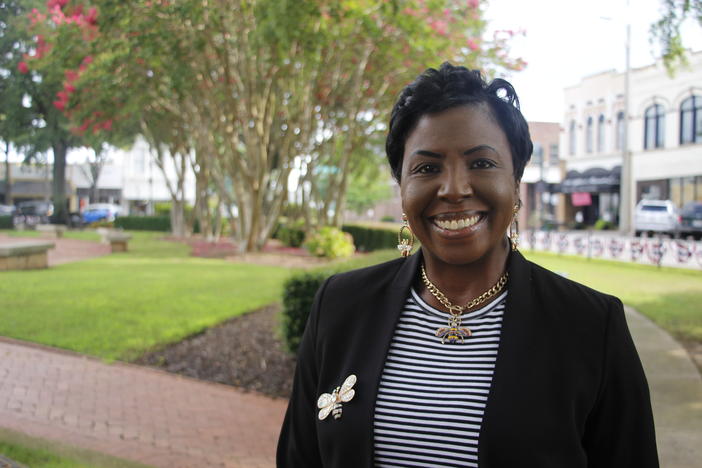 It’s rare these days to learn that news organizations are growing — and that’s especially true for smaller media companies that primarily serve black and Hispanic communities.

But thanks to a series of grants, several news outlets owned by people of color are doing just that. In an effort to fight misinformation and connect underserved communities, the Pivot Fund announced last month that it was awarding $2 million in its first round of grants to organizations across Georgia.

Wane Hailes is one such grant recipient.

“You don’t know that feeling, man: getting that phone call and then saying you’ve been accepted,” Hailes said. “I’m doing a happy dance. I’m like, God Almighty, thank you Jesus.

From his office in Columbus, Hailes directs The Courier/Eco Latino, an online and print publication serving Black and Spanish-speaking communities. He’s been doing it on his own for 17 years.

Right now, he said, advertising pays the bills, but this $140,000 Pivot Fund grant is a game-changer. Hailes will hire reporters who know the black and Hispanic communities they serve.

He said he used to think paper would die when it died.

“But now that I can find journalists and hopefully have an editor and have someone to carry on the legacy, if I die the paper will continue,” he said.

The Pivot Fund will also provide technical assistance and advisory services. Once he hires more staff, Hailes says he’ll give up some duties, but he’ll continue to write his weekly column, “The View from the Pew.”

The Courier/Eco LatinoThe biggest social media presence is on Facebook, where she has just over 2,000 followers. But Hailes is hoping to get a boost in viewership from another Pivot grant recipient.

Just up the street, Davis Broadcasting is the largest black-owned radio station in the state, with signals in Columbus and Atlanta. Vice President Geniece Granville said the station plans to use stories produced by the Courier/Eco Latino.

“We can also use it audio-wise on our radio stations and we can work together digitally to make sure we get this information out on all possible platforms,” she said.

With its own grant of more than $136,500, Granville said Davis Broadcasting will launch a community podcast platform and hire a sales manager to make it sustainable. Without news agencies like hers, she said, stories important to the black community might be missed — for example, how banks lend money for housing.

“It’s not just about dealing with discriminatory practices, it’s about the lack of information, proving information to families that may not match a list that another organization is using,” she said. declared.

Other Pivot Fund recipients include a Spanish-language news organization in Savannah, an Atlanta-based digital publisher that focuses on Asian communities, and a television station in LaGrange.

April Ross owns the BEE TV network. In a one-room studio in LaGrange known as “Bee Hive”, she and community members record and produce their programs. She started streaming live on Facebook. When a local TV station went up for sale, she bought it.

His stories are largely based on his deep ties to the black community. But she says that’s not the extent of the TV station’s identity.

The founder of the Pivot Fund, Tracie Powell, said the purpose of the fund was to make the voices of traditionally marginalized communities heard. She said that in the fight against disinformation, it is essential to empower journalists of color.

“Some of this misinformation is because there are too few or no journalists of color in many newsrooms in this country,” she said. “And so they don’t see these places as safe spaces. They don’t see the media covering the stories comprehensively.”