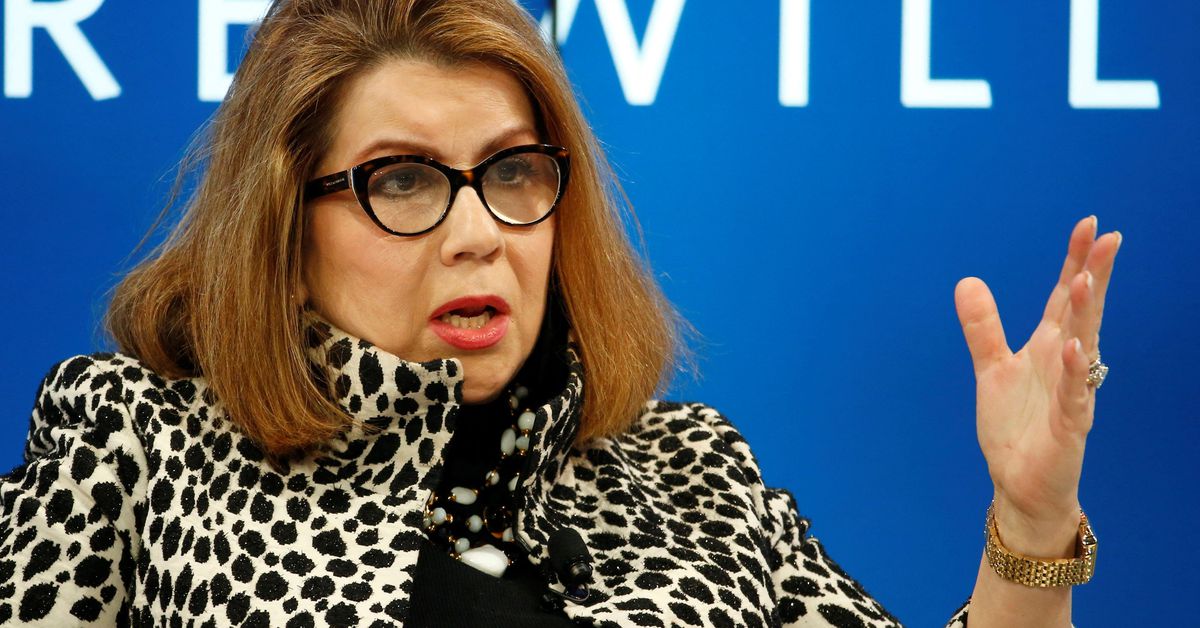 WASHINGTON, Feb 15 (Reuters) – Developing countries must quickly strengthen their financial sectors, the World Bank said on Tuesday, warning that rising inflation, interest rates and alarming levels of debt overhang could trigger a backlash. into a global chain unprecedented for generations.

The World Bank highlighted its long-standing concerns about the lack of transparency around Chinese lending and guaranteed lending in the sovereign debt sector, but also denounced growing private sector risks in its latest World Development Report. world.

The bank’s surveys showed that 46% of small and medium-sized businesses in developing countries are expected to fall behind on debt repayments within six months, but the number was twice as high in some countries, Reuters told Chief Economist Carmen Reinhart in an interview ahead of the report’s release.

Reinhart said she is closely monitoring developments in private sector debt in large emerging markets like India, South Africa, the Philippines and Kenya, where more than 65% of small and medium-sized businesses should be in arrears.

She told a World Bank online event that the share of countries in debt distress or at risk of debt distress was in “alarming territory”, but that financial sector policies were also needed to address the risks posed by the crisis. rise in household and corporate debt.

Turkey, whose credit rating was downgraded to “BB-” by ratings agency Fitch last week, had been in crisis for several years and could “well be the straw that broke the camel’s back”, a- she told Reuters.

Massive fiscal and monetary support helped mitigate the consequences of the pandemic-triggered economic crisis, but forbearance policies and relaxed accounting standards could mask a “hidden problem of non-performing loans”, she said. .

“There is a huge need for better transparency on private sector debt,” Reinhart said.

“What ultimately attracts you is not so much what you see, but what you don’t see,” she said, warning against a false sense of complacency about health household and business finance.

Director of the Bank for International Settlements, Agustin Carstens, told the World Bank event that many macroeconomic policies adopted by governments during the pandemic had reached their limits and that new policies were now needed to strengthen the resilience of private enterprises and supporting employment. Read more

The report urged increased efforts to improve private sector debt transparency, more proactive management of distressed loans, including out-of-court solutions, as well as an acceleration of work on the sovereign debt problem.

Many rating agencies also failed to take into account foreign state-owned companies that could raise significant financial risks in low-income and some emerging countries, he said.

World Bank President David Malpass pointed to the risks of ripple effects given the interdependent nature of households, businesses, financial sector institutions and governments. “Private debt could suddenly become public debt, as in many past crises,” he wrote in the report’s foreword.

Speaking on Tuesday, Malpass said gradual interest rate hikes by central banks and scaling back bond purchases were not enough to control the inflation that is hitting the world’s poorest the hardest.

Instead, he said, governments and central banks – in developing countries and advanced economies – should “use more of their tools at the same time”, including measures to lengthen the maturity and transparency of all levels of outstanding public debt, and slow growth in national debt levels.

Malpass said implementation of the Common Framework agreed by China, the world’s biggest creditor, and other major Group of 20 economies to deal with debt problems has stalled.

The 2020 pandemic-induced recession led to the largest single-year increase in global debt in decades, and 51 countries saw their sovereign credit ratings reduced, but the issue did not trigger urgent action. needed, Reinhart said.

Malpass warned that the longer these debt restructuring efforts took, the bigger the “haircut” creditors.

“For debtor countries, the delays present major setbacks to growth, poverty reduction and development,” he wrote, adding that negotiations on the way forward were now “stuck”.

The International Monetary Fund said last week that it would press G20 financial leaders meeting this week to strengthen the framework for poor countries given rising default risks. Read more