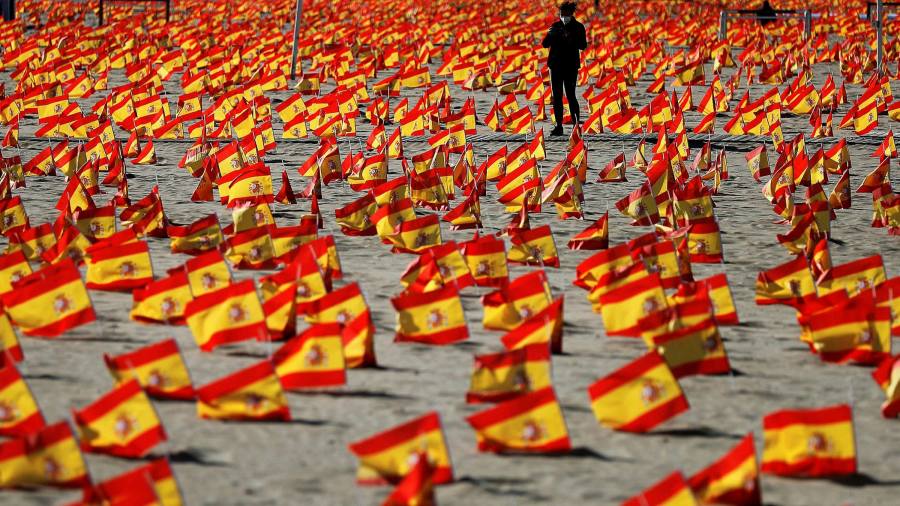 Spanish businesses were greatly relieved last week when they secured government support to weather the ravages of the Covid-19 pandemic for at least a few more months.

What was at stake was one of the thorniest problems facing Europe: how far to extend employment assistance in the form of temporary leave programs.

The dilemma runs deep: is it better to keep jobs, and in many cases businesses, on emergency breathing assistance, or does it make more sense to put an end to grant-hungry zombie jobs and businesses? It’s a political test that could decide how many companies emerge from the coronavirus crisis intact and the shape of the economy at large for years to come.

At one end of the European spectrum is Germany Kurzarbeit leave scheme in which workers are sent home and receive about two-thirds of their wages from the government. It has been extended from 12 to 24 months. The UK, on ​​the other hand, is replacing its own program with a more targeted wage subsidy program at the end of this month.

Spain, the EU country worst hit by the pandemic in terms of health and economy, has opted for something halfway between the two, extending the country’s emergency leave schemes, called ERTE, from the end of September to January 31.

The Spanish plans currently cover around 700,000 people against 3.5m at their height. Their latest iteration focuses on affected sectors such as tourism, which has suffered a 73% collapse in international visitor numbers so far this year, and associated businesses. Thus, the dry cleaning service which normally serves a now empty hotel can now benefit from generous exemptions from social security contributions.

“The agreement is good because it can now cover all companies in difficulty,” said Iñigo Fernández de Mesa, vice-president of the employers’ federation CEOE. But he recognizes the drawbacks of the deal itself and a wider set of concerns for business as Spain struggles to free itself from the economic consequences of Europe’s worst coronavirus infection rate.

Businesses remain far from happy with the restrictions that come with the Spanish regime – including a ban on layoffs for an additional six months and bans on overtime and dividend payments. “We would like a little more stability, which would have reduced uncertainty for business,” Fernández de Mesa said, casting an envious glance at the German 24-month calendar.

The problem is that the crisis is evolving all the time in Spain – and not for the better.

As a second coronavirus outbreak spreads across the country, new restrictions this week have limited movement to and from Madrid, the country’s economic powerhouse. Meanwhile, Spain’s service sector remains deeply depressed, with the retail sector struggling more than in any other major EU economy. On Tuesday, the government forecast the economy to contract 11.2 percent this year.

The government hopes the economy will be transformed in the longer term by € 140 billion in grants and loans from the EU’s coronavirus stimulus fund.

Companies ranging from Iberdrola and Acciona, the energy groups, to Telefónica, the telecommunications company, hope to benefit from EU priorities such as investments in clean energy and digital transformation. But the plans are already controversial, with opposition parties calling on the government to set up a non-partisan agency to distribute the funds to avoid patronage and inefficiencies.

Mr Fernández de Mesa cites a range of other concerns, such as corporate fears of raising taxes and fears that overzealous health restrictions could further devastate the economy.

Behind these problems lie larger questions. What is the role of the state at a time when governments are more involved than ever in sustaining businesses in peacetime? And where can we find the balance between health and the economy?

In the summer, Spain relaxed coronavirus controls in hopes of recouping some of the lucrative tourist season, but ended up losing on both counts, as infections soared and tourists stayed away .

As Mr Fernández de Mesa acknowledged, the reason Spain’s temporary leave agreement was more business-friendly than it could have been was that the overall outlook was so poor. “The deal is good because the situation has worsened and businesses are closing,” he said.