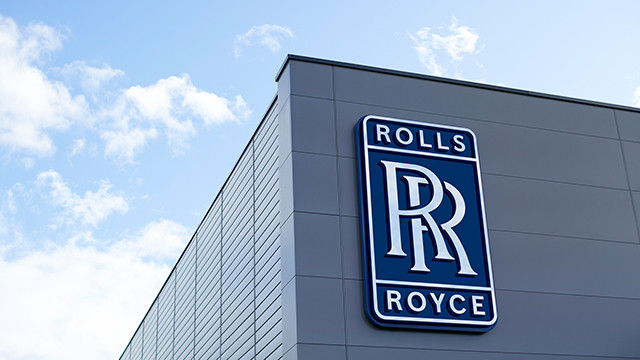 The deal is with Bain Capital Private Equity, which heads a consortium of investors. The consortium includes interests that will be held by the Spanish co-investors SAPA and JB Capital.

The proposed sale would be a key part of Rolls-Royce’s divestiture program, announced in August 2020, to raise proceeds of at least £ 2 billion.

Rolls-Royce will receive total cash proceeds of approximately € 1.7 billion, which will be used to help rebuild Rolls-Royce’s balance sheet, in support of the company’s medium-term ambition to return to an investment grade credit profile.

The transaction is expected to be finalized in the first half of 2022.

ITP Aero will be an independent company headed by the current Managing Director Carlos Alzola, whose headquarters and decision-making will remain in Zamudio, Spain.

The consortium’s vision for an independent Aero ITP is to invest in the growth of the company’s products, regions and customers and further enhance its status as the Spanish national champion. ITP Aero’s partnership with Bain Capital and the consortium will allow it to pursue its strategy of pioneering new technologies and world-class manufacturing through a highly skilled workforce.

Rolls-Royce, the consortium led by Bain Capital and ITP Aero are satisfied with their discussions with the Spanish and Basque governments regarding this transaction. The Bain Capital-led consortium supports job retention as well as the company’s future growth.

Bain Capital is also open to negotiating the incorporation of other Spanish and Basque industrial partners into the consortium, representing up to 30% of the capital, until the end of June 2022.

Warren East, Managing Director of Rolls-Royce, said: “Today’s announcement is an important milestone for our divestiture program as we work to strengthen our balance sheet, in support of our mid-term ambition. to return to an investment-grade credit profile. The agreement represents an attractive result for Rolls-Royce and ITP Aero and we are also grateful to the Spanish and Basque governments for the constructive discussions we have had with them during the process.

“The creation of an independent Aero ITP is a great opportunity for the company, its employees and other stakeholders. “

Carlos Alzola, Managing Director of ITP Aero, added: “All of us at ITP Aero look forward to starting the next chapter in our history as an independent company with a strong strategic plan and financial backing behind us – in building on our 30 years of success. – create a world leader in aerospace, headquartered in the Basque Country in Spain. “

Ivano Sessa, Managing Director, and Tobias Weidner, Director of Bain Capital Private Equity, said: “We see significant potential in accelerating ITP Aero’s growth trajectory and investments in new technologies. Together with our partners SAPA and JB Capital, we believe we bring a unique understanding and ability to support ITP Aero. “

2021-09-27
Previous Post: Remote work: Spanish companies divided on the return of employees to the workplace | Economy and business
Next Post: Sánchez wants Spanish companies to build infrastructure in Croatia