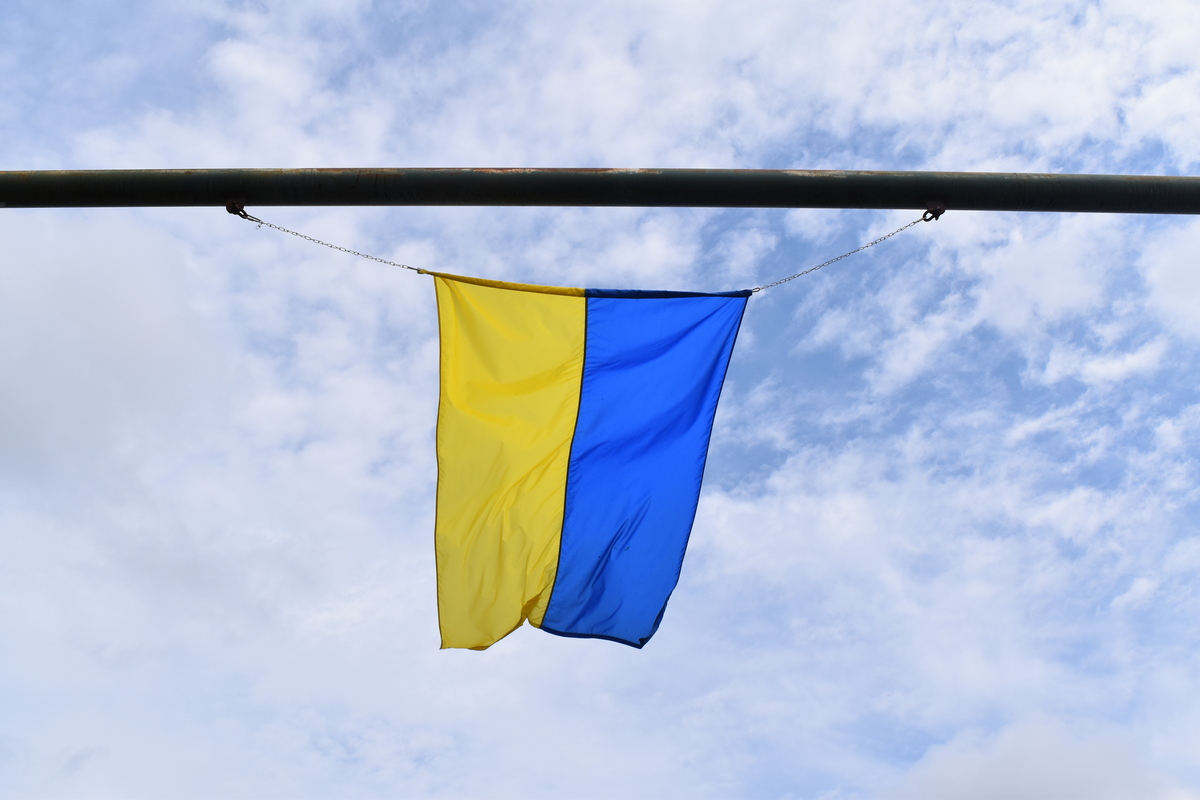 She carefully placed the bright blue and yellow nylon under the needle of the sewing machine. Tap-tap-tap. Pause. Tap-tap-tap. Locke used blue thread to sew a hem to the fabric, one of many detailed steps that ultimately resulted in a Ukrainian flag.

“It’s empowering and exciting,” said Locke, who has worked at the Skowhegan business for almost five years but has focused on sewing Ukrainian flags in recent weeks after an increase in orders. “It’s more than sitting here and making a product. We are proud to do something for Ukrainians.

Maine Stitching Specialties made nearly 1,600 Ukrainian flags this month, in addition to other products it makes, such as American and Maine flags and dog accessories, owner Bill Swain said. Swain and his wife and co-owner of the business, Julie Swain, recently donated $5,041, or 20% of the purchase price of the flags, to World Central Kitchen. That’s most of the profit their company makes from flag orders, Swain said. They chose the association because its volunteers are on the ground in Ukraine and neighboring countries, providing meals to Ukrainian refugees fleeing the Russian invasion.

Since people became known — through social media, news, Google ads and word of mouth from customers — flag orders have ballooned, Swain said. Last week, around 500 orders came from Mainers and customers across the country wishing to support Ukraine. Once they ship, the Swains hope to donate several thousand more dollars, he said.

It all started when Ambrose “Tom” McCarthy, a local business owner, stopped by Maine Stitching Specialties a few weeks ago. He asked if they could make him a Ukrainian flag.

“I want the biggest you can do,” Swain recalled.

About 26 years ago, McCarthy sponsored an exchange student from Belarus who was attending high school in the Skowhegan area, he said. The woman, Yulie, now lives in Florida, but her parents are at home in Belarus protesting the invasion of Ukraine, McCarthy said. He still keeps in touch with Yulie, whom he calls his adopted daughter.

“I told him [Swain] you better get some extra fabric,” he said. “These things are going to be a hot topic. It is a good country of good people being destroyed by a tyrant.

A 5ft by 8ft flag fluttered in the wind in front of McCarthy’s crown and contractor businesses on Thursday. The colors represent the bright blue sky and golden wheat fields of Ukraine.

The 10-person staff at Maine Stitching Specialties works hard to keep track of orders for Ukrainian flags and other items, including the American, State of Maine, and State of Maine 1901 flags; dog accessories; and insect and tick repellent equipment for people and pets. The company also manufactures hotel draperies and hospital privacy curtains.

When Swain first called his fabric supplier, New York-based Glaser Mills, he ordered a 100-yard roll each of the blue and yellow colors and assumed he would have leftover fabric. Maine Stitching Specialties was in the process of making American flags to build up its supply for spring and summer, when sales typically spike and visitors stop by the facility and Renys stores to purchase them.

“We still haven’t been able to fully catch up with orders due to supply issues,” Swain said. “My supplier is out of a suitable yellow. I ordered the Spanish flag yellow, and it was almost orange.

The company continues to sew smaller size Ukrainian flags, but is waiting for more yellow nylon fabric to fill larger size orders. During Swain’s last order, his supplier told him that he had purchased the last two rolls of fabric, but more are on the way. An order will likely arrive early next week, Swain said.

Ukrainian flags, available online and at Maine Stitching Specialties, cost between $15 and $52, and they come in four different sizes.

In 2021, the company made 2,000 American flags. Three months into this year, 1,800 American and Ukrainian flags have been made, Swain said. He estimated that the business would reach 4,000 flags by the end of the year, thanks to the popularity of the Ukrainian flag.

“It was just to see how many people had to flee,” Swain said of the decision to make the flags and donate revenue to an organization to benefit Ukraine. “Hardly any country would be prepared to accept such a volume of people on short notice.

“We just thought, ‘Who could bear to take millions of people on their own?’ We just wanted to do what we could to support them.

More articles from the BDN