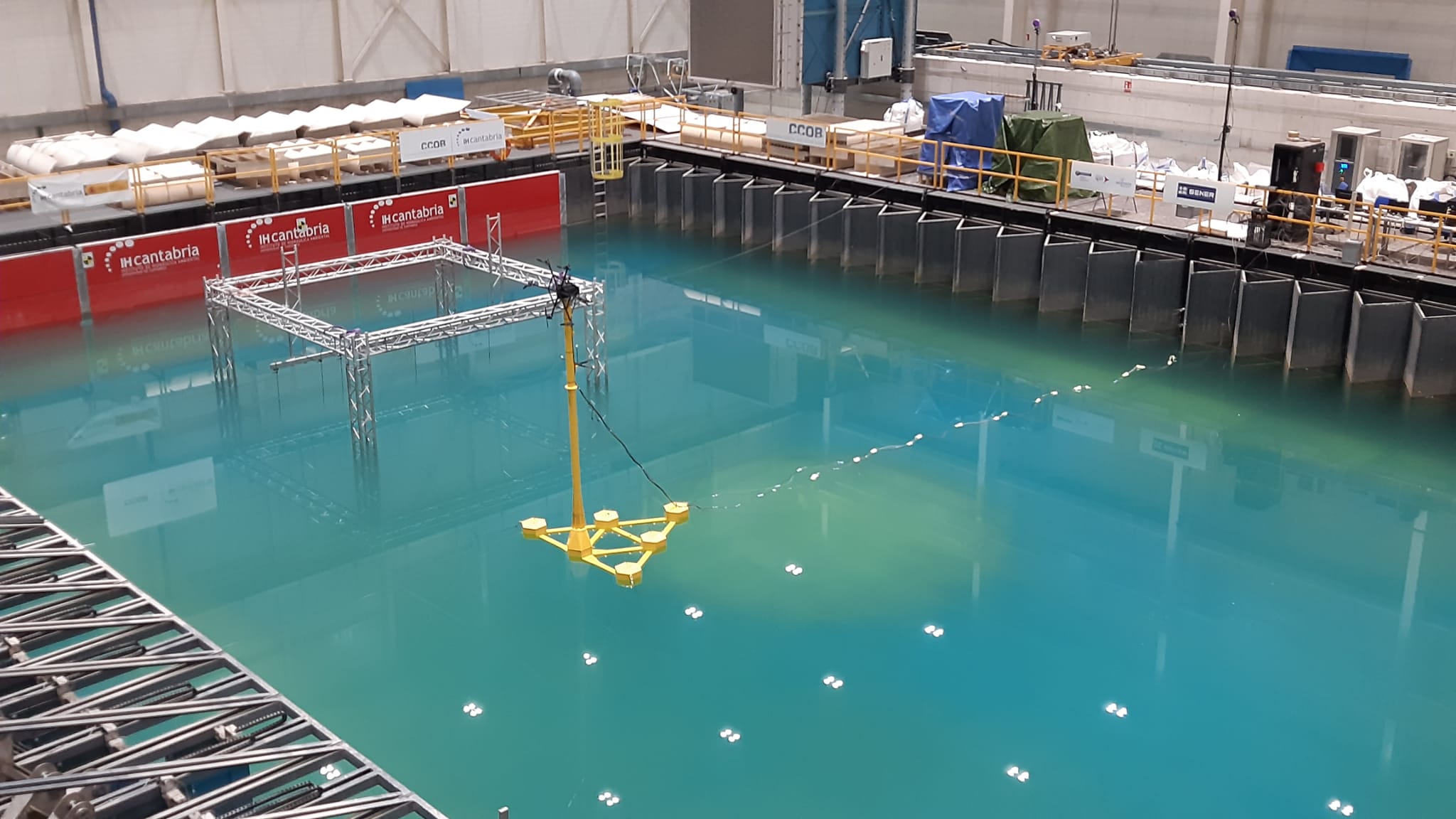 SENER Renewable Investments, a company of the SENER Engineering and Technology Group, and the Amper Group, through its subsidiary Nervión Naval-Offshore, have signed a collaboration agreement to develop and commercialize platform technology for wind energy floating offshore.

Under this agreement, Spain’s SENER and Amper will develop and market a semi-submersible steel floating platform for offshore wind turbines with a capacity of over 15 MW.

The prototype, known as Hive Wind, is in the technical development phase and being tested on a scale model in the IHCantabria wave reservoir to assess its hydrodynamic performance.

This agreement involves several business units of the Amper Group, while SENER Renewable Investments will receive contributions from SENER Engineering.

Following the signing of the contract, the managing director of SENER Renewable Investments, Miguel Domingo, noted that the development of Hive Wind will be made possible thanks to the joint and complementary capacities of the two groups, and will offer a “Highly competitive and innovative product to boost offshore wind, the implementation of which is essential in the fight against climate change.”

Roberto Bouzas, general manager of Nervión Naval Offshore, of the Amper group, underlined that the commitment to offshore wind power is a key point for the company, as foreseen in its strategic plan.

“This alliance between SENER and our engineering division puts us in a good position to develop standardized floating structures and relies on all the know-how acquired by the two companies over the last six years in the sector”, Bouzas said.

SENER and Amper seek to optimize the design of floating structures to expand the mass production of low-cost floating units in response to the demand for this type of structure expected in the near future.

2022-01-20
Previous Post: The merchant’s cash advance is continued in SDNY where the discovery did not stay the following July 16
Next Post: World Bank chief pits Microsoft over debt