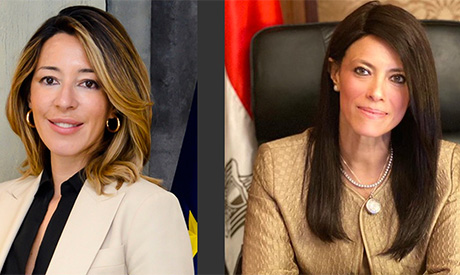 Spanish companies want to expand and invest in Egypt, as it is their main destination in Africa, with the support of the Spanish government, said Spanish Trade Minister Xiana Méndez Bértolo.

Bértolo made his statements during a meeting held virtually on Monday with Egyptian Minister of International Cooperation Rania Al-Mashat to discuss areas of joint cooperation between Egypt and Spain, in light of the state of the portfolio. current projects and the possibility of future partnerships.

The Spanish Minister also affirmed that Egypt is one of the most important foreign investment markets for Spanish companies, particularly in the sectors of transport, infrastructure, solar energy and water treatment. water.

This meeting is part of the periodic meetings that the Ministry of International Cooperation organizes with multilateral and bilateral development partners to strengthen Egypt’s regional and global economic cooperation.

During the meeting, Al-Mashat discussed with Bértolo the possibility of launching an innovative mechanism to strengthen economic cooperation to promote economic growth and increase employment rates in the two countries.

The two sides also explored the projects to be implemented under the Memorandum of Understanding (MoU) which allocates 300 million euros to strengthen financial cooperation between Egypt and Spain.

In addition, they discussed the status of the ongoing projects carried out within the framework of the joint cooperation between Egypt and Spain, which includes a cultural project aimed at developing and preserving the archaeological sites of Luxor; in addition to another project that supports small and medium enterprises (SMEs) in Egypt by providing lines of credit; and an infrastructure development project focusing on the inauguration of sewage treatment plants in Giza, Assiut and Aswan.

For her part, the Spanish minister applauded the positive growth of the Egyptian economy during the COVID-19 pandemic and spoke about the broad horizons of future plans in 2021.

She added that Egypt’s positive growth dates back to financial and monetary structural reforms implemented before 2020, in addition to the implementation of major development projects in vital sectors such as renewable energy, water and sanitation, as well as infrastructure.

The cooperation portfolio between the two countries since 2012 amounts to 190 million euros covering various sectors such as water treatment, energy, housing and SMEs.

The cooperation framework also covers the offer of grants by the Spanish Agency for International Development Cooperation (AECID) to develop the health and tourism sectors. Both countries’ development programs also focus on building empowering and inclusive communities for women and youth, as well as a transparent and just development ecosystem through Egypt’s National Institute for Governance and Sustainable Development.