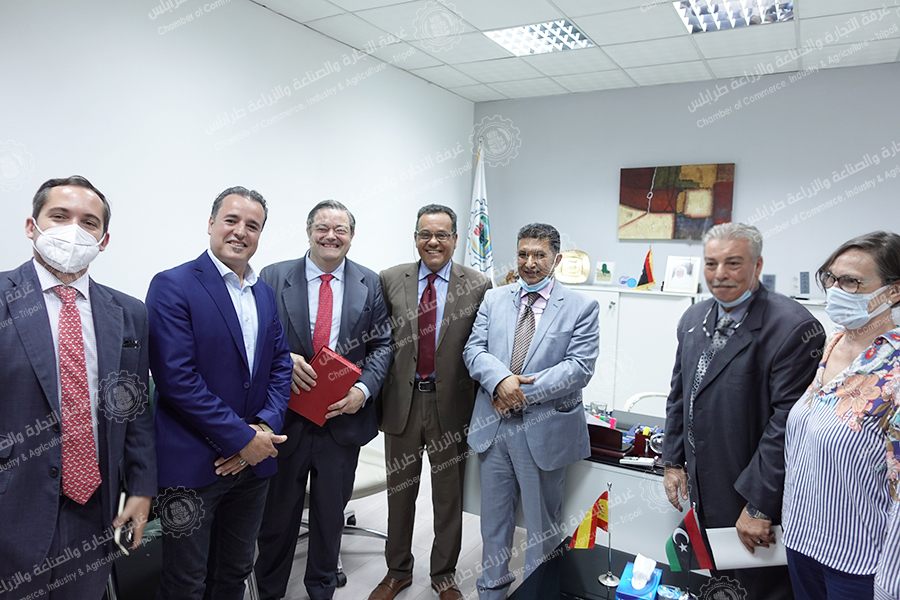 Spain is seeking to activate cooperation with Libya and Spanish companies are ready to complete their previous contracts, Spanish Ambassador to Libya Javier García Larrache has said.

He also expressed his country’s will to open new horizons for cooperation in all fields and at all levels between his country and Libya.

The statement came during his visit to the Tripoli Chamber of Commerce, Industry and Agriculture last Sunday and his meeting with its head Mohamed Gaddah.

The ambassador referred to the arrival of an economic delegation composed of several businessmen in Libya in the coming days, and revealed that arrangements are being made in his country for the visit of a large economic delegation. high level in Libya later.

For his part, the President of the Chamber of Tripoli indicated that the urgent need at present, which would consolidate the economic relations between the two countries, is cooperation in the field of small and medium industries, and to what extent the Spain and Spanish companies that manufacture machinery and small factories can contribute to this urgent strategic effort for Libya to diversify its sources of income.

It was also agreed to build bridges of communication through the Embassy between the Chamber of Commerce of Tripoli and the Chambers of Commerce and Industry of Madrid and Barcelona to conclude cooperation agreements that serve the companies of both countries. and allow them to cooperate.

The Tripoli Chamber also underlined the importance and the need for the affiliation of Spanish companies and their branches operating in Libya to the Tripoli Chamber of Commerce in order to receive the support and assistance necessary to facilitate their administrative procedures with competent Libyan institutions.

Airports Authority meets Spanish Transport Minister, agrees Memorandum of Understanding and meets with other companies during visit to Madrid | (libyaherald.com)

Spanish companies make presentations to the delegation of the Airport Authority | (libyaherald.com)

The Libyan Airports Authority travels to Spain to meet companies to improve its airports | (libyaherald.com)

Libya and Spain seek cooperation in the fight against drugs and smuggling | (libyaherald.com)

2021-06-02
Previous Post: Problem that will only grow
Next Post: Countries with the most monstrous commercial debts: the United States in 22nd place despite a massive increase during the pandemic