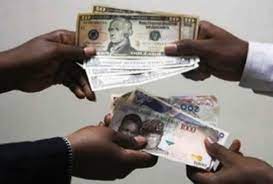 President Muhammadu Buhari yesterday reiterated his administration’s commitment to fight terrorists and bandits who have put their knees on the necks of Nigerians.
Buhari gave the assurance during the Citizens Summit for National Integration, Peace and Security organized by the Nigerian Institute of Public Relations and Partners, themed “Reopening the Conversation, Rebuilding Trust”, which s is held in Abuja.
Represented by the Minister of Information and Culture, Alhaji Lai Mohammed, Buhari assured Nigerians that just as his administration had brought the seemingly intractable crisis of farmers and herders under control, it would also successfully tackle terrorists and to bandits.
“As our security agencies put them to flight, they will no longer be able to carry out their murderous attacks as well as their kidnappings.
“Peace and security will return to our country and our unity will be strengthened.
“We ordered the army to crush those who terrorize our citizens; peace and security are gradually being restored in the country.
“In the past two days, you must have heard about the number of terrorists neutralized by the army and the number of hostages released,” Buhari said.
The President said these efforts will not stop or diminish, adding “We must lead the fight against terrorists and demonstrate that there is no hiding place for them within the borders of our country.
“Each of them will be hunted, chased and spoken in the language they understand,” he added.
Buhari, who praised the valiant men and women in uniform, called on all compatriots to continue supporting them in their daunting task of protecting the country.
“We must also realize that safety is everyone’s business, hence the slogan ‘if you see something, say something’.
“Terrorists or bandits are not spirits. They are human beings and they reside in our communities.
“They all need to be exposed and crushed for peace to reign,” he said.
He challenged the institute to use its powerful platform to expose those who stoke the embers of disunity and discord in the country.
“Lately especially, issues of peace and security have been on the lips of many Nigerians amid rampaging terrorists, bandits and kidnappers.
“This crisis of insecurity has unfortunately been exacerbated by the double scourge of fake news and misinformation.
He said fake news and disinformation exacerbate insecurity, fuel citizen apprehension and demoralize security agencies.
Buhari said, “Let me cite a few recent examples of fake news and misinformation in this regard.
“On August 10, the Kaduna State government had to debunk an online report claiming that hundreds of bandits had besieged the Kaduna-Zaria road.
“The widely circulated message even advised travelers not to enter or exit Zaria due to the presence of bandits in Dumbi and Jaji along the Zaria road.
“Imagine the apprehension and disruption of plans this fake news could have caused.
“Imagine its impact on security agencies who do everything, including paying the ultimate price, to protect us.”
The president also recalled that in April 2022, a drone video went viral showing a group of five men wearing red clothes and cooking in an unfamiliar forest.
“Those circulating the video claimed it was somewhere in Nigeria.
“But when the BBC did a fact check on the drone video, they found she was not in Nigeria.
“The video was released only to create panic among citizens and put society on edge,” Buhari added.
Earlier, FCT Minister Malam Muhammad Bello commended Buhari’s administration for its strong and unwavering commitment to solving most of the socio-economic and political challenges plaguing the country.
Bello therefore urged the institute, as a manager of public perceptions, to move forward in identifying viable solutions to strengthen national integration.
Furthermore, the president of the institute, Malam Mukhtar Sirajo, said that the task of rebuilding Nigeria is very huge and demanding.
He expressed the will of the institute to join efforts with the government and other well-meaning Nigerians individually and cooperate to bring the process to a logical conclusion.
“The institute believes that no sacrifice is too much for a nation like Nigeria, to which God has bestowed exceptional people and resources.
“It is for this reason that we challenge government organizations and individuals to always place Nigeria above personal interests and any other interests,” Sirajo added.
In attendance were former Minister of Information, Professor Jerry Gana; former Kano State Governor, Senator Ibrahim Shekarau; Honorable Ado Doguwa; and others.