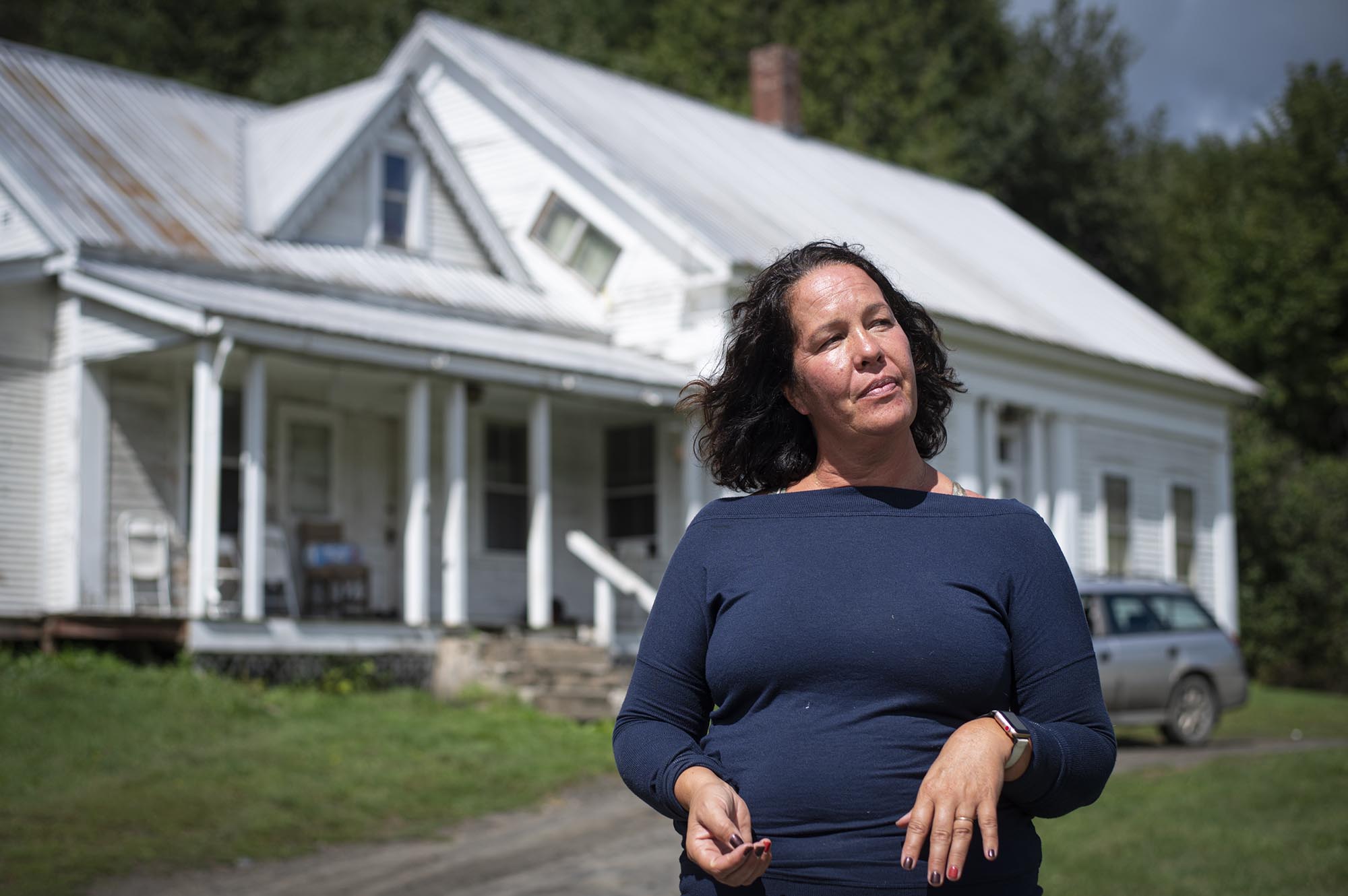 Housing for workers is a challenge for many Vermont business owners, but for dairy farmers like Brookfield’s Chelsea Sprague, the need for proximity makes options even more limited.

“It’s important to us that our farm workers live on site,” Sprague said. “Because of that…we provide them with accommodation within walking distance or a short bike ride away.

With 700 cows, 100 calves and 1,600 acres of grass and corn, the Sprague family relies on eight employees to run their fifth-generation dairy farm. Four live at the end of the street in a renovated 6-bedroom house. But a “huge ramshackle old farmhouse” across the street where the other four workers live still needs major work, she said.

The Spragues are one of 16 farms that recently secured a $30,000 interest-free mortgage to improve housing for employees of a new program through Champlain Housing Trust and the Vermont Housing and Conservation Board.

The loan, which will pay about half the cost of necessary improvements and will be canceled after 10 years if the home remains in good condition, will help “a lot,” according to Sprague.

“It lets you do the whole thing instead of just choosing,” she said.

The VHCB set aside $1 million for the program after internal and independent research showed the extent of the housing challenge for farmers and farm workers.

Dan Baker of the University of Vermont led a bilingual team that conducted two surveys of agricultural workers in 2016 and 2018 to ask them questions about stressors in their lives. The results revealed that around a third of workers reported moderate to extreme stress around housing. He shared this information with the legislature and held a series of meetings on the subject with stakeholders such as Migrant Justice, Milk with Dignity, state agencies and farmers.

Another assessment, commissioned by the Vermont Housing and Conservation Board, found that hundreds of spaces in which farmworkers lived failed to meet generally accepted safety and health standards.

Baker, associate professor emeritus of international development, noted that major upgrades can be made for $30,000, such as bathroom renovations, electrical panel upgrades, insulation, new windows and doors. , plasterboard, installation of septic tanks and repair of roofs and floors. For some farmers, the cost of upgrades will be well over $30,000. Farmers will have to decide if they want to pay for the rest of the work, he said.

A total of 45 farmers applied for $1.8 million in renovations, said Julie Curtin, director of homeownership at Champlain Housing Trust. Of these, 21 projects on 16 farms – including 10 dairy farms – have been approved, she said.

“I think it’s a strong demonstration that there are a lot of farms that need this extra financial resource to make immediate improvements to housing for their farm workers,” Curtin said. “The farms have to bring people to Vermont to do this work and if they can’t provide housing, I feel like they’re really having a hard time finding labor.”

Champlain Housing Trust received half a million dollars in loan capital from the Vermont Housing and Conservation Board and issued letters of award for the first 16 projects. He completed two of the loans, Curtin said.

Most of the loan applications came from Addison and Franklin counties, the two main dairy counties in Vermont, according to Baker. But two farms in the North East Kingdom are among the first to receive loans, Curtin said.

One of the areas of greatest need is in the North East Kingdom, where housing for farm workers often consists of hard-working prefabricated houses, said Patrick Shattuck, executive director of Rural Edge, who contacted farmers in the area.

“Putting these posters up in city offices and general stores was a really big part of making sure it reached every city, not just the big ones,” Shattuck said.

Many Vermont farm workers come from other countries.

“It’s a win-win situation for everyone,” Sprague said of the family’s relationship with their workers. “They can make a lot of money and send the money home and build a life, but that’s also a key part of today’s dairy operations.”

“In the house where I live, we are doing well because it has just been renovated,” said Roberto Martinez Posadas, 35, who milks the cows and cleans the barns on the farm. “Personally, I have nothing to complain about. Everything is fine.”

Speaking in Spanish, Martinez Posadas said that, like the other farm workers, he is from the state of Veracruz, Mexico, where his family works in the lemon and orange groves. He’s in Vermont alone, which is also typical. His wife, daughter and mother are in Veracruz. Martinez Posadas said the separation is difficult, but life is also difficult at home. “You have to find a way forward,” he said.

Sprague plans to complete a second bathroom in the house for the four people who live there, winterize some windows, paint part of the exterior and install some insulation. She plans to do much of the work herself, but she’ll likely hire a local contractor she’s worked with for years. She hopes to do the work this winter.

“It’s very important to provide quality housing for the workers that you have and to maintain it and make it not just poor, but to make it a nice place to live,” Sprague said. “When you do all of this, it creates a beautiful culture on your farm.”

In some cases, much more extensive work will be required to achieve this goal.

Gus Seelig, executive director of the Vermont Housing and Conservation Board, said there are plans to allocate another round of funding to the Champlain Housing Trust. He noted that some housing is in such poor condition that VHCB is considering offering a pilot program to replace the housing entirely. Curtin added that farmers who house their workers in their barns must also build new housing.

Baker said he hopes this project will be the start of a long-term commitment to improving housing for agricultural workers.

“I’m really excited that this is finally moving,” he said.

Want to stay up to date with the latest business news? Sign up here to receive a weekly email on all of VTDigger’s reports on local businesses and economic trends. And check out our new Businesses section here.

2022-09-08
Previous Post: The Merchant Cash Advance Market Will See Booming Growth
Next Post: Robin accelerates its international expansion with the acquisition of Flow and Form